Proudly serving the residents & businesses of our fire district since 1931!

On November 10, 1930, at the New York Mills High School Auditorium, the New York Mills Village Board held a meeting for the purpose of organizing a fire department for the village
of New York Mills. Mayor Herbert Hart presided at this meeting and appointed Raymond Spencer as acting secretary to record proceedings of the meeting.

Mayor Hart introduced Chief David Ellmore of the Whitesboro Fire Department who had previously been delegated by the Village Board to help organize a fire department for the village.

Chief Ellmore presented a lengthy presentation on the operations of a Volunteer Fire Department. Applications for admission to the fire department were given to the thirty four (34) men present. The applications were filled out immediately and placed with the temporary secretary. After much discussion it was voted to close the charter that same night, thereby establishing thirty four Chartered Members of the newly formed fire department.

At the next meeting on Monday, November 17, 1930 at 8:05pm, Mayor Hart announced that the Village Board had appointed Frank Bean as Chief of the New York Mills Fire Department. Later the group elected Thomas Williams the first president of the newly formed fire department.

All meetings were held at the High School and at a special meeting on December 22, 1930 Mayor Hart asked the membership to meet on the morning of December 26 at the Village Hall to select the rooms they wanted for the department club rooms. When the club rooms were turned over to the department it indicated that they were getting closer to having their own fire truck. A section of the Village Hall was also being transformed into a Fire Station.

On March 7, 1931, with the Fire Station and the Box Alarm System ready to summon firefighters, the pumper was turned over to the New York Mills Fire Department to use for emergencies. The first three alarms, March 11, 13, and 15 were false alarms, but the fourth alarm on March 22, 1931 recorded that Whitesboro was already asking for our help.

With Whitesboro organizing our department and with Yorkville using our pumper, a little ribbing arose from our professional fire fighters about everybody helping New York Mills.

In 1932, it was decided to expand the membership from 34 to 65 members. 1932 was also the year the Brockway Hook and Ladder Truck was purchased. This included a compliment of ground ladders and a Booster Pump.

In 1935, the department purchased their first Full Dress Parade Uniform which was similar to the present uniform of today. The uniform today is the third uniform bought. Through the many years the department has marched in numerous parades in many counties.

Since the department formed, there have been many major fires in the village. One occurred at the Utica Country Club which is now Twin Ponds.

Through the years to the present time, many fund raisers and field days were held to produce funds for purchasing equipment. In 1940, funds were raised to purchase the first resuscitator. Since then, purchased have been continually made to upgrade such equipment procedures, and of which we are proud. 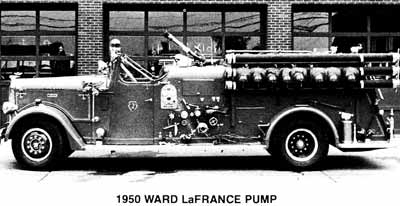 In 1941, a committee was formed to raise funds to purchase a squad car which was eventually obtained in 1943. This was converted from a 1939 Cadillac LaSalle.

As the population in the village expanded, the department in 2949 raised its membership to 75. This was also the year that a new pumper was discussed. The pumper which was bought is the Ward LaFrance (112) and was delivered in 1950. 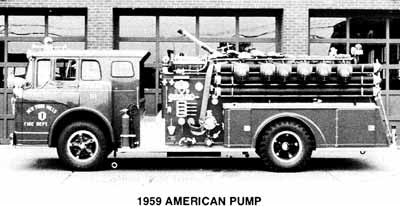 In 1951 procedures were started to incorporate the department with the state. This also was the year the jeep was acquired from the Village Highway Department and converted in 1953. In that year, the New York Mills Little League was started by the Fire Department. 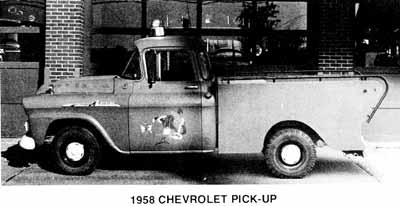 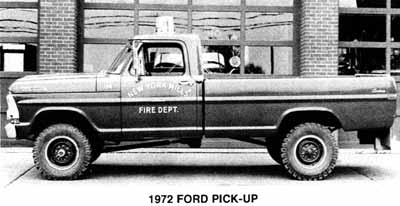 Now that we were pretty well equipped, we started thinking about the past, doing something for the ones that helped us get where we are, but are no longer with us. In 1972, we dedicated the Fireman’s Memorial Monument located at the Fire Station. We also bought a Ford Pick-up (114) which helped us get through any bad road conditions that arose. 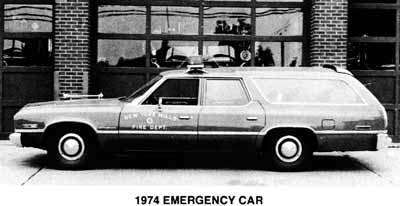 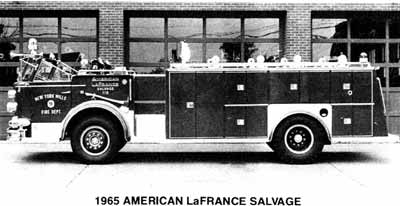 With the new emergency car carrying more than it should and with rebuilding the old salvage a couple of times, different ideas were generated. Chief Roman finally came up with an excellent idea. Between the Mayor of Utica, the Village Board of New York Mills, and the Chief, a used Salvage truck was bought from Utica. This Salvage Truck (119) was completely rebuilt and reconditioned for a lot less money than a new vehicle could be obtained. This vehicle was put in service in 1978. All the previous vehicles except the major pumps and ladder were purchased by the department bought our fund raisers.

Protect your family this Winter...

The use of wood-burning stoves is growing and space heaters are selling rapidly, or coming out of storage. Fireplaces are burning wood and man-made logs.

All of these methods of heating may be acceptable. They are, however, a major contributing factor in residential fires. Many of these fires can be prevented. The following fire safety tips can help you maintain a fire-safe home this winter.

For more holiday information please click on HOLIDAY for a link about holiday safety. There will be more info when it gets closer to the holiday season.

This site has been viewed 53,173 times.
Calls
News
Events
Pictures
Apparatus
Maintained by the members and staff of New York Mills Fire Department. Designated trademarks and brands are the property of their respective owners. Copyright © 2006-2022. YourFirstDue Inc. All Rights Reserved. Content on this web site is supplied by New York Mills Fire Department. YourFirstDue Inc. cannot be held responsible or liable for any content, text, pictures, or any other media found on this web site.
Management login
Powered by